Information and cost of landing fee to Elba

The landing fee came into force in all the Communes in Elba in July 2013.

The cost will be automatically included in your ferry, plane or cruise liner

ticket. All income from the fee will be spent on tourism, local environment and culture, as well as public transport. 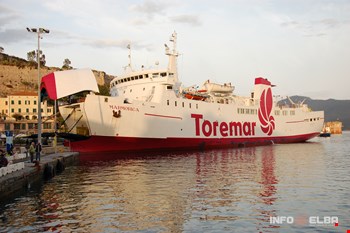 The following do not have to pay the landing fee residents on the island, those born on the island but who live elsewhere, commuters (as long as they have proof of where they work, or are in possession of a season ticket), students (as long as they have proof of the school/university where they study), and children under the age of the payment; accompanying or actual members of any sports teams who come to take part in any amateur competition.

Those who pay the local town tax (the IMU), as well as family members, are also exempt from payment as long as they have proof of the last payment.

very Town Council will grant written proof of regular payments, as well as that on behalf of all family members,and on behalf of residents who request it.