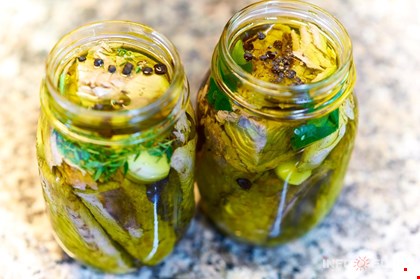 Bonito is a large and very tasty fish that is often the main ingredient for many dishes.

In the last few years, with the aim of encouraging people to consume more of this exquisite fish and the dishes it it is often used for, for example the fillets in oil, the Slow Food Committee has chosen to protect the Bonito of the Island of Elba and the traditional ways of fishing for it and working it by creating a Committee that unites both the fishermen and the locals who work it.

Interesting fact: In the past, a large-mesh fishing net, or "palamitare" as it is called in Italian, was used to catch the bonitos that today are still fished around the Island of Elba, above all in the area of Capo Enfola near Portoferraio. The best season for fishing bonitos starts late spring and continues till early summer and then from the end of September till the end of November.

As proof of the close connection between this fish and the local territory, Bonito has been included in the PAT, Prodotti Agroalimentari Tradizinali (Traditional Agro-food Products) list.

The flesh has a strong and slightly sharp flavour and can be cooked in a variety of different ways but the best way to truly enjoy palamita is in oil.

The tradition of putting bonito in oil arrived in Elba thanks to the fishermen from Ponza who had settled in Marina di Campo in the 60s.

Hint from Infoelba: Look for the recipe for Bonito in oil.

Bonito in oil is a top quality, natural product and is a true delicacy. It is delicious on its own or added to pasta sauces and can be used as vegetable fillings.