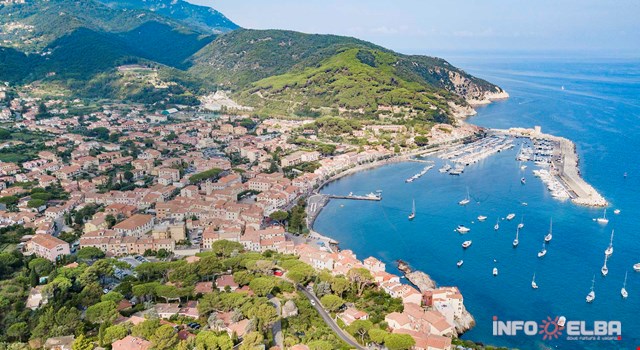 Marciana Marina, with its picturesque places, narrow, granite streets and pastel coloured houses looking out onto the sea is the second smallest commune in Italy. 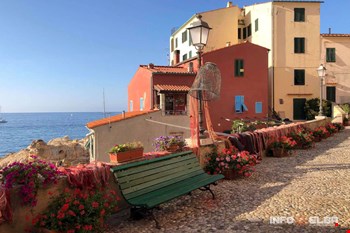 Ancient and romantic Cotone, once a fishing hamlet, is without a doubt one of the most characteristic areas, with its colourful, old buildings, their walls eroded by the salt, high up on the steep cliffs, and the boats left aground at the front door.

The tamarisks all along the seafront make it a perfect place for a pleasant walk that takes you to the Tower on the port, probably built in the 16th century by Cosimo dei Medici. This ancient Tower, used as a military watchtower to protect the furnaces against Dragut's pirates, is a true symbol for this town that, although in the past based its economy on agriculture and fishing, is now mostly tourism orientated.

In the past, fishing mostly meant tuna fish, and the nets could be seen in several parts of the island - Linguella, Bagnaia, Enfola and Marciana Marina - because an enormous amount of salted tuna, tuna belly and botargo was produced and exported.

The entrails, on the other hand, were kept for the locals and used as one of the main ingredients of the "buzzamaglia" (a type of stew with peas).

June 24th 1958 saw the last 22 tons of tuna fish being caught. The following day the sea was very rough and tangled all the nets and ropes into a huge ball; this was the end of tuna fishing in Elba.

Where to stay near Marciana Marina

2 places to visit that can be seen on the map
The map has already been laid out at a zoom level that enables you to see all the points of interest.