Marciana: one of the oldest towns, and also rich in history 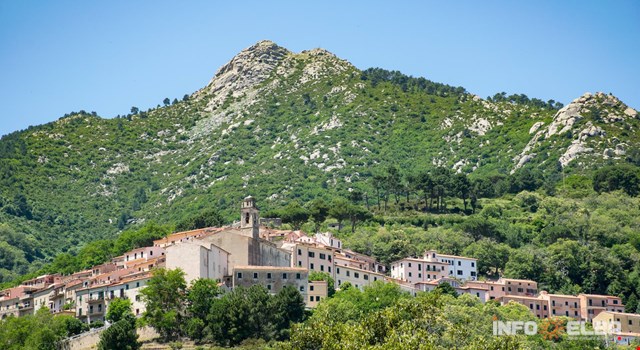 Leaving the heat of the beaches behind us, we head towards the cool, fresh mountain air, where we find Marciana, a town that dates back to the year 35 BC, 375 metres above sea level, one of Elba's oldest towns rich in history and archeology. Under the Appiani dominion, who chose it as their home, the town underwent a strong economic growth and the most protected fortress was built to defend the island's foundry and mint.

All over the town there are still very clear traces of its Medieval past, going through the entrances and along the narrow, stepped lanes that the locals embellish with plants and flowers on the balconies. Just outside the town there is the cableway that in a few minutes takes you right up to the top of Monte Capanne, more than 1000 metres above sea level.

The Archeological Museum is particularly interesting, and has many remains of the Prehistory and Protohistory of the Island of Elba. The Museum is open from mid April to mid October, and if you go make a point of looking at the Etruscan and Roman remains.

For those who love trekking, along the CAI path n.1 that starts in the square of Marciana you can walk to the San Cerbone Hermitage, 530 metres above sea level, where the saint sought shelter in 572. If you keep going, you can reach Monte Capanne, the highest peak in Elba (1019 m above sea level).

There is another interesting route, starting from the Fortress (XII century) in the higher part of the town, built during the Pisan dominion and used by the locals as a refuge during pirate attacks.

The path winds its way through centuries-old woods full of chestnut trees and takes you up to the Madonna del Monte Sanctuary on the northern side of Monte Giove, 627 metres above sea level. Already a place of worship in 1300, it was built in 1595, and after some rebuilding in 1799 it became what we see today.

If you keep going you reach the village of Poggio, where time seems to have stopped: its lanes, its paved streets, its balconies with flowers, here life rolls by very slowly to the beat of the bell clocks in the two ancient churches of San Nicolò and San Lorenzo, this Romanesque parish church was destroyed by the Turks in 1554. Today it is a national monument.

Not far off, in the chestnut and holm-oaks woods, there is the famous Napoleon spring of mineral water. Other important areas in the Commune of Marciana are the popular beaches of Procchio, Sant'Andrea, Chiessi and Pomonte. 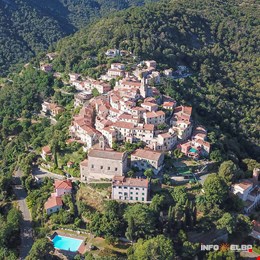 Quiet and peaceful ancient hillside town surrounded by chestnut trees and with a breathtaking view of the sea below. 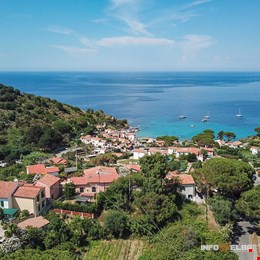 Sant'Andrea is also called "a tiny island within an island" because, thanks to its unique beauty, it is like no other town in Elba. 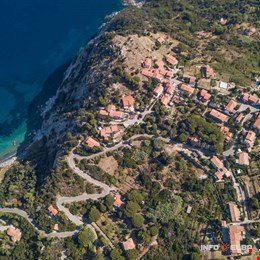 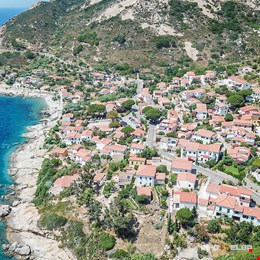 Nature is one of Chiessi's strongpoints: on one side the valley with its many paths, on the other the sea and the cliffs. 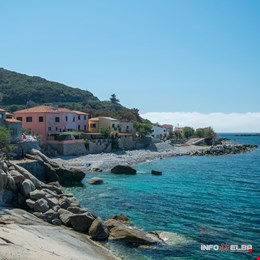 A picturesque town divided by the sea and the mountains, a beautiful frame around the wonderful, homonymous valley rich in vine terracings, ditches and springs 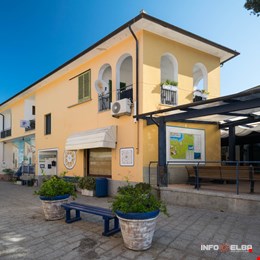 The tiny town of Procchio is in the Municipality of Marciana and is one of the busiest seaside resorts on the Island of Elba.

Where to stay near Marciana

Are you looking for a place to stay for your holiday in Marciana? Visit this page to see all accommodation available near Marciana

8 places to visit that can be seen on the map
The map has already been laid out at a zoom level that enables you to see all the points of interest.