Poggio; the small, mountainside town in the commune of Marciana 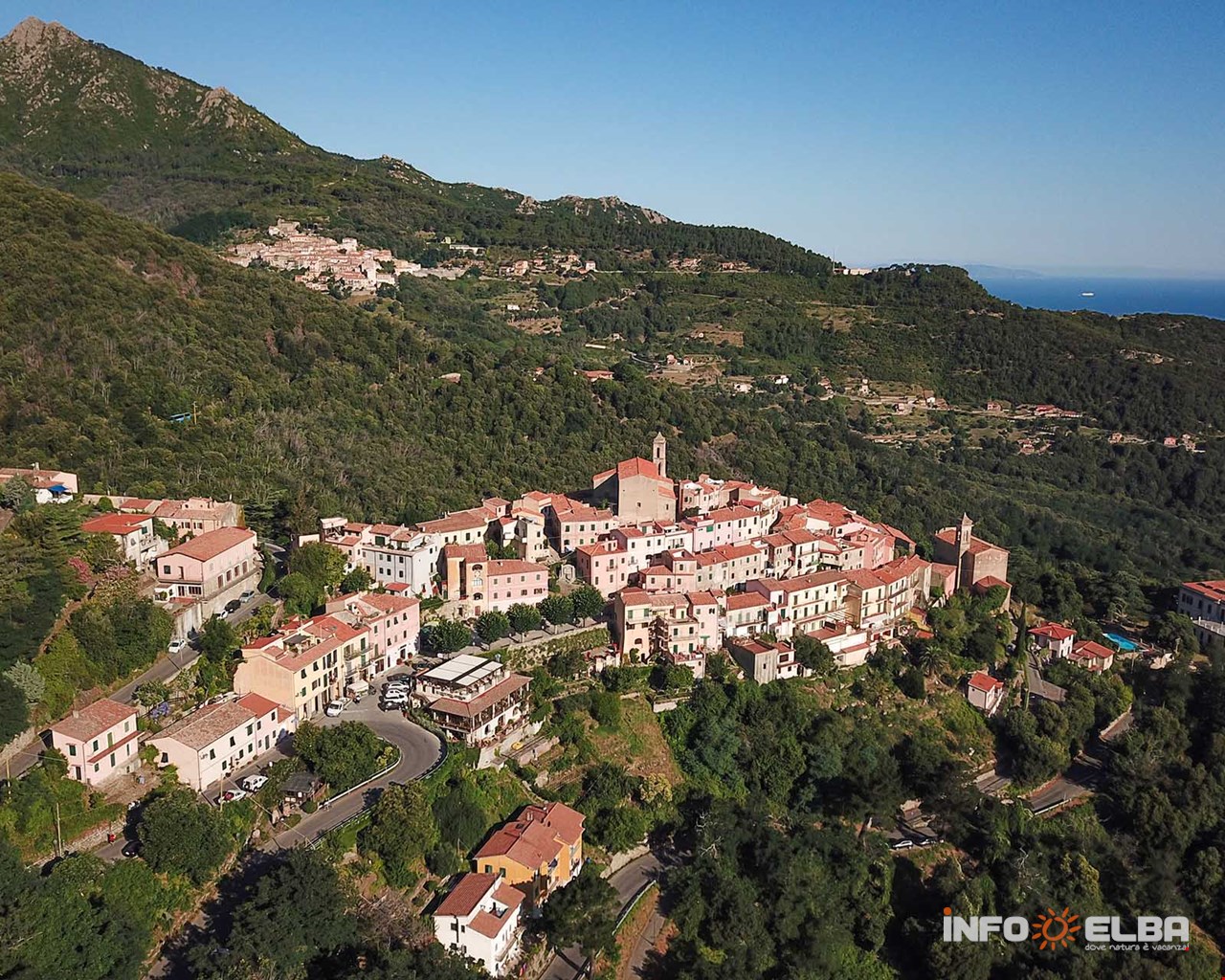 High up at the top of the slopes of Monte Capanne we have Poggio, a typical small, mountainside town that is part of the commune of Marciana and is surrounded by woods of chestnut trees that are so typical of this part of the Island of Elba.

During the Middle Ages, thanks to its strategic domineering position, Poggio became a spiral shaped town with a web of narrow lanes and alleys in granite that run in a concentric direction as regards the small square of the Church of San Niccolò, situated in the highest part of the town from where the view of Marciana and Monte Capanne is truly suggestive.

Just like others on the Island of Elba, the church of San Niccolò is a fortified church. The fortification of the church of San Niccolò is thought to have been carried out about 1556 along with that of the two churches in Rio Elba and San Piero, when there were frequent raids on behalf of the Turkish and Barbary pirates both on the Island of Elba and in the Tuscan Archipelago.

In the small square opposite the Church there is a sculpture byGiò Pomodoro "a fountain that is both a reference point and a compass, opposite the church of San Niccolò, once a fortress that overlooked the square as a majestic monument".

On your way down from the Castagneto square you will see the other structures that are part of the fortification: what are now the houses that look onto the square were once a tower, a rampart, while another batch were the defense area of the town door and the fortress.

The door itself is very unusual: since it is usually the weakest part of the fortifications it was built in such a way that whoever entered would have been immediately shot at from above.

From Castagneto square you can also admire the fabulous view of the valley below as far as Marciana Marina, Enfola and the coastline of Piombino.

Very near the town there is an area that is closely linked to Napoleon Bonaparte's stay on the Island of Elba: the Napoleon Springs, made famous by the French Emperor because of the beneficial and healing properties of the water.

According to a nameplate the emperor turned to these springs with great faith in search of good health and energy [...] that could heal any illness and give him a new lease of life". Today you can still drink from the springs before you set off again.

Between the towns of Poggio and Marciana you can see the austere hermitage of San Cerbone, surrounded and protected by wonderful woods of chestnut trees.

A very short and easy walk gets you there - about 30 minutes - if you start off along the path near the Napoleon Springs, or, if you prefer, go on a short excursion starting off at Marciana, equally beautiful from a naturalistic point of view.