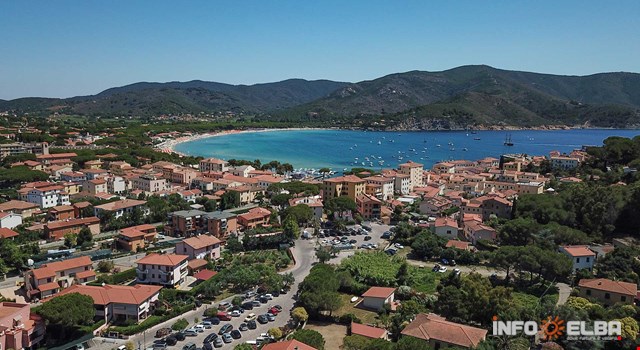 The fully equipped beach over one kilometre long and the very wide choice of high quality hotels make this ancient sea town one of the island's most popular holiday resorts. Despite most of its economy being tourism orientated the fishing tradition is still very much felt, and you can still see dozens of colourful fishing boats loaded with nets and trawls moored at the quayside.

If you want to admire the gulf of Campo in all its glory, we suggest you go up to Sant'Ilario or to San Piero, two ancient hillside villages famous for their millenary granite quarries - Fonte del Prete, Caviere, Vallicella and Grottadoggi - where many important monuments and imperial columns were made. Even today a cooperative of skilled stonecutters continues to work the granite, making first class interior and exterior decor.

In San Piero you can find the San Nicolò Church, probably built on top of the remains of a Roman temple, whereas in Sant'Ilarion there is the San Francesco Church.

Half way between these two villages, you come to the road that leads up to Monte Perone, also a starting point for trekking lovers, and where you can admire the remains of military settlements as well as many endemic species of animals and plants; here also stands the Tower of San Giovanni, built in the VII century on what was previously a Roman site. It is only a short distance from the fascinating Roman-Pisan Church of San Giovanni, the biggest primitive Christian temple on the island.

On Monte Cocchero you can admire a sacred enclosure with monoliths arranged in a half circle, dating back to 3000 years ago and probably built by the first Aeneolithic inhabitants; in Fetovaia and Seccheto the remains of some furnaces have been discovered, proof that the Romans worked in the mines in Elba between the II century BC and the II century AD.

Those of Cavoli and Fetovaia, with their golden, grainy sand of granite origin that doesn't stick to your skin are the two most popular beaches with teenagers. The surrounding countryside as well as the sea itself are incredibly beautiful. 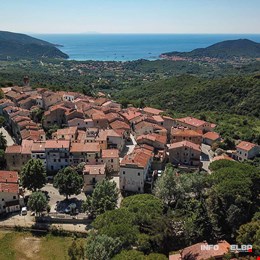 Sant'Ilario, tiny Medieval town on the hills, with a beathtaking view of the gulf of Marina di Campo, on the Island of Elba. 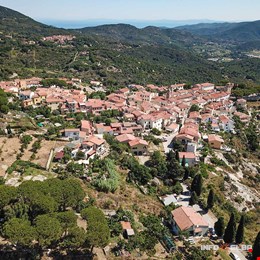 San Piero is a tiny town set on granite at the foot of Monte Capanne, part of the commune of Campo nell'Elba. 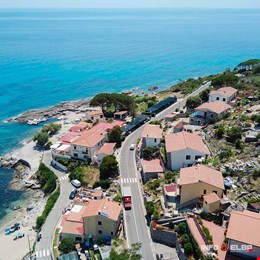 With a beautiful sandy beach and the cliffs nearby, Seccheto over the years has become a well known tourist attraction with a bathing establishment.

Where to stay near Marina di Campo

16 places to visit that can be seen on the map
The map has already been laid out at a zoom level that enables you to see all the points of interest.