The Amerigo Vespucci is often in the Gulf of Portoferraio 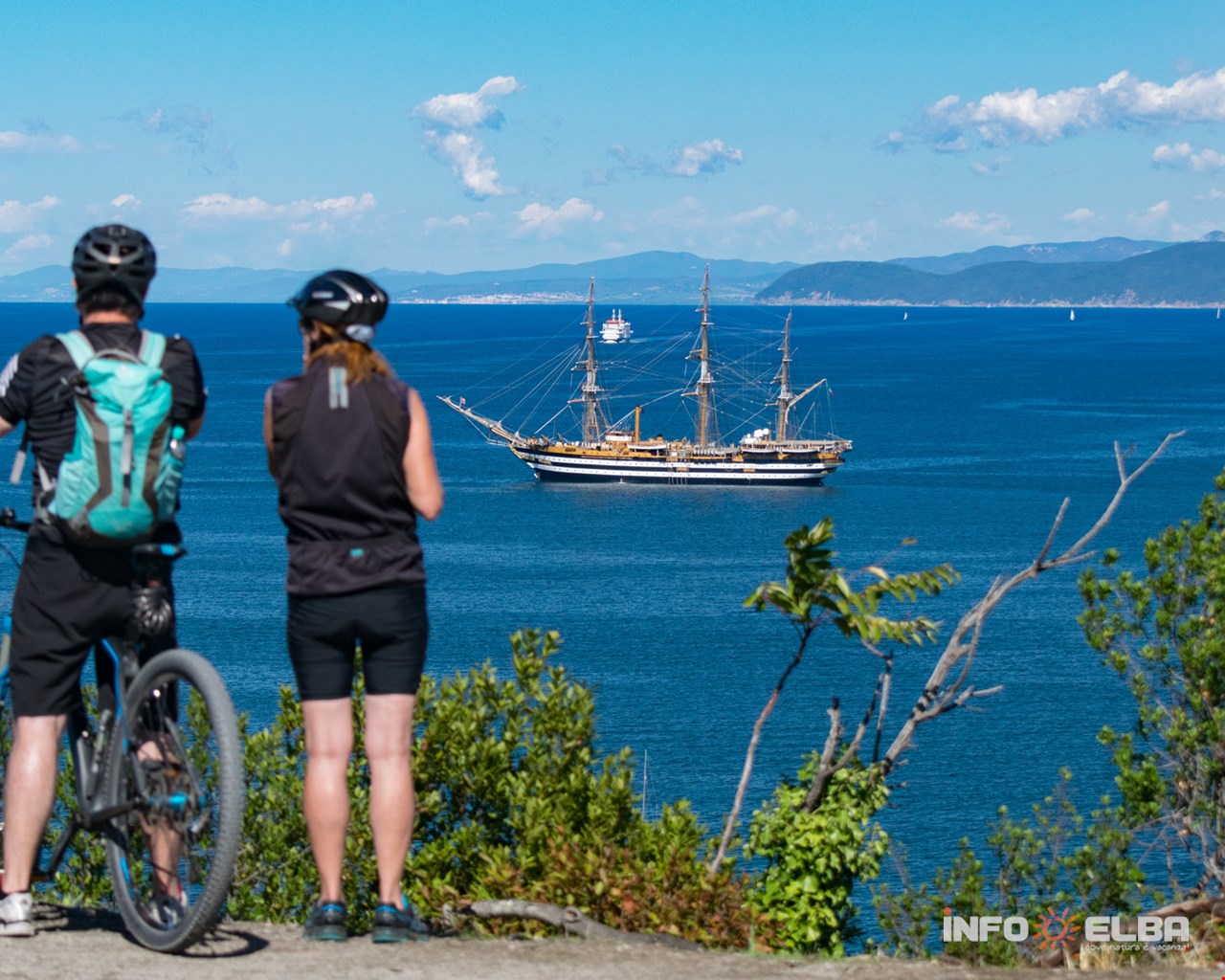 In the Gulf of Portoferraio you will often see the Amerigo Vespucci, the training ship that can be considered a real jewel of the Italian Navy.

The full rigged ship is like no other. It was launched in the Castellammare di Stabia Shipyards, Naples, in 1931. It is 101 metres long and, if you consider the life boats along the sides, 21 metres wide. It has three masts: the foremast is 50 metres high, the mainmast measures 54 metres, and the mizzenmast is 43 metres high. Its net tonnage is 1.202,57 tonnes.

It is used for training Officer Cadets; its "sisters" are the Palinuro and the Ebe.

There was once a twin sister, the Cristoforo Colombo, but she was given to Russia after the war as compensation for the damage caused, and was later dismantled. Most of the ship was built in steel, though there is also much in wood; it has 4 helms, and a sail surface of 2.635 square metres over 24 square, canvas sails. It is a ship that is true to tradition, the sails are in canvas, the ropes in vegetable material, and all steering manoeuvres are carried out strictly by hand; it is the captain who gives out the orders on board, apart from the boatswain who uses a whistle; when an Officer has to get on or off board the honours are given on the gangway, depending on his rank.

The crew consists of 16 Officers, 72 non-commssioned officers and 190 sailors. In summer, when she embarks the midshipmen from the first year of the Naval Academy in Livorno, the crew reaches a total of about 480.