The Martello Tower, once a prison, and now a museum 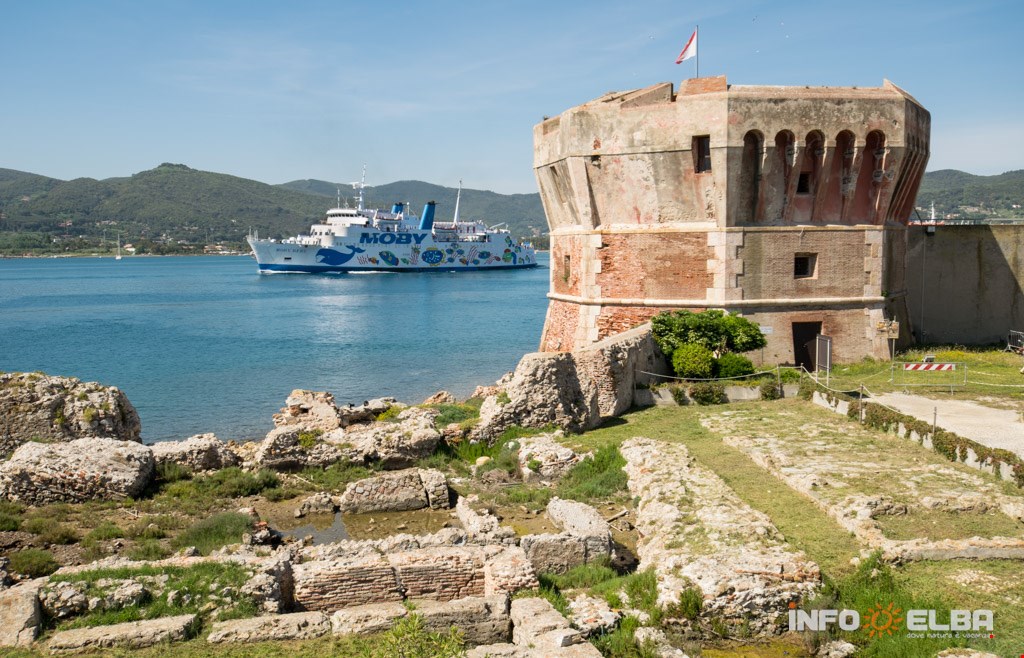 Because of its octagonal shape, you can't help but notice the Martello Tower, also called the Linguella Tower, the moment you get into the port in Portoferraio. Built thanks to the aristocratic Medici family, it dates back to the beginning of the sixteenth century, and is an exellent example of military architecture built to protect the port.

In the beginning it was used as a storeroom for salt, then for the cleaning and preparation of tuna fish, and in the eighteenth century the grand dukes of Lorena had it turned into a prison.

After lying for years in a state of total neglect, renovation work was carried out in 1977 in an attempt to bring it back to its original beauty, and that was when the remains of an ancient Roman villa came to the surface. Although it was built on the rocks, the upper part of the tower sticks out much more than the lower part, so there are strong brackets to support it, since it was originally used as a watch tower.

There is also an extra, small, circular part in the middle of the tower but it can't be seen from the outside. The Martello Tower, or Linguella Tower, is in Portoferraio, and since it is mostly used for art exhibitions, it is open to the public during the summer months only.

The Martello Tower is also called the Passannante Tower. Passannante was a Lucan anarchist, and on November 17th 1878, when King Umberto I of Savoia was on a visit to Naples, he attempted to kill him, but only wounded him, so he was locked up in one of the cells in the Tower with a heavy, one metre long chain, tied to his leg. Every time the sailors went past the Tower they could hear his constant screams and wails, so they started calling it the Passannante Tower.

In 1933, Sandro Pertini was also put in prison in the Linguella Tower while awaiting his trial for having insulted a prison guard. These judicial proceedings actually concerned events that had happened the year before, when the Socialist lawyer, famous for his anti fascist ideas, was held as a political prisoner in the prison in Pianosa.