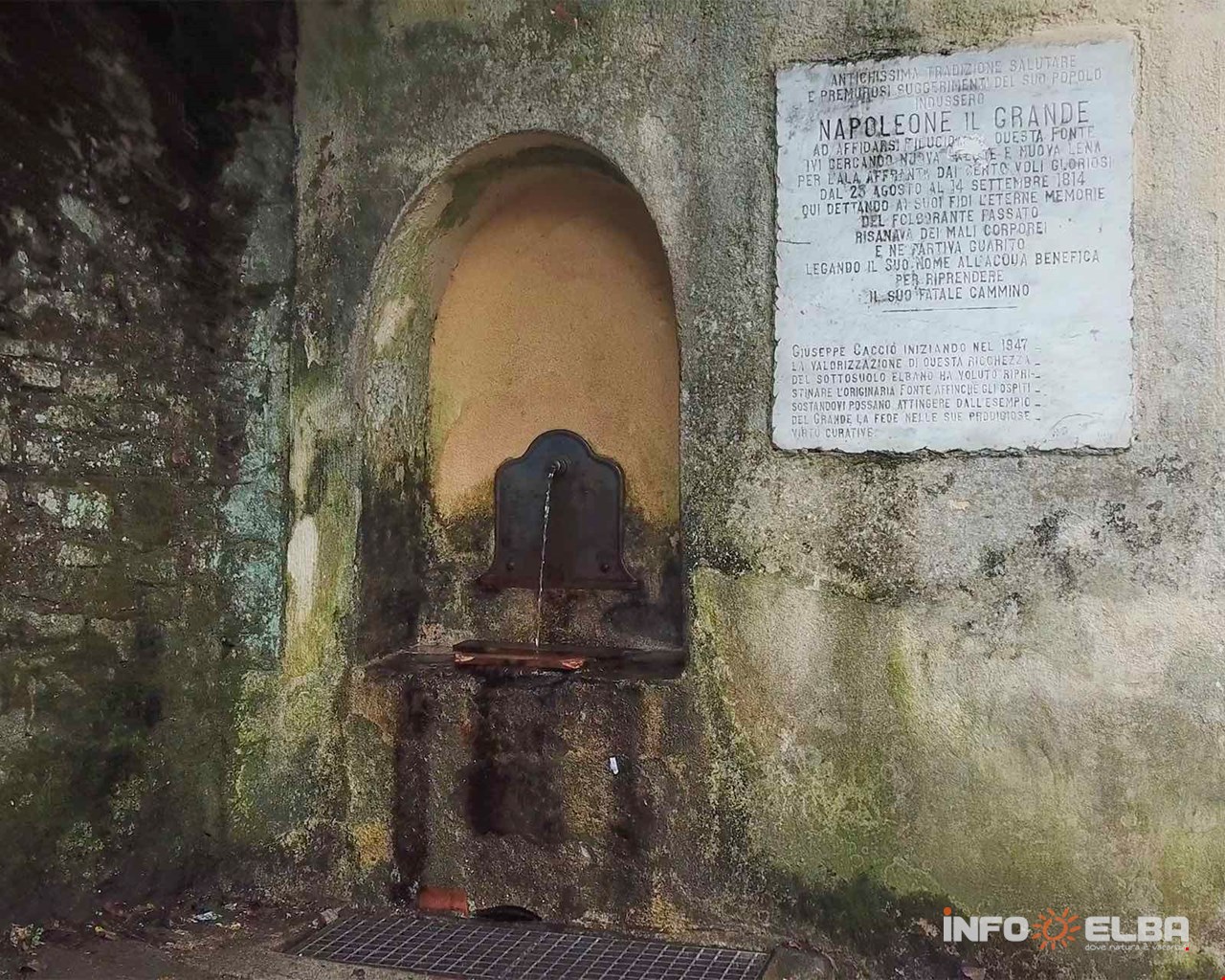 There is a source of natural spring water just off the town of Poggio (Marciana), that flows from the valley of Monte Capanne, surrounded by woods of holm oaks and chestnut trees.

The original name of the spring was Fonte Acquaviva due to the fact that water flowed all the time; the name was later changed to Fonte Napoleone in memory of the long stops that the emperor loved to make in this area rich in hornbeams, alders and holly trees during his exile in Elba. The spring is in fact just another clear example of how close close the great, French emperor felt towards the island because he often stopped in Poggio and drank some of this fresh, crystal clear water that also has both beneficial and healing powers.

In the beginning the water from the spring poured into a stone basin enclosed by an arch inside a public washouse but over the years much renovation work has been carried out. In the area directly opposite the spring you can also see what is called "Napoleon's Table", consisting of a low stone slab and a horizontal piece of an olive mill made from granodiorite that came from a nearby hydraulic mill in the valley.

In 1947 the entrepreneur Giuseppe Cacciò had the idea of having a water bottling plant built with the water from Fonte Napoleone, and had the Latin words "In aqua salus" engraved on the main wall, that is, "Water is health".

Even today the Fonte Napoleone plant runs the bottling of the water that is low in mineral content and that no doubt you have drunk in many of the restaurants and pizzerias on the island.

Despite the existence of the plant, those who wish are free to drink the water directly from the source.