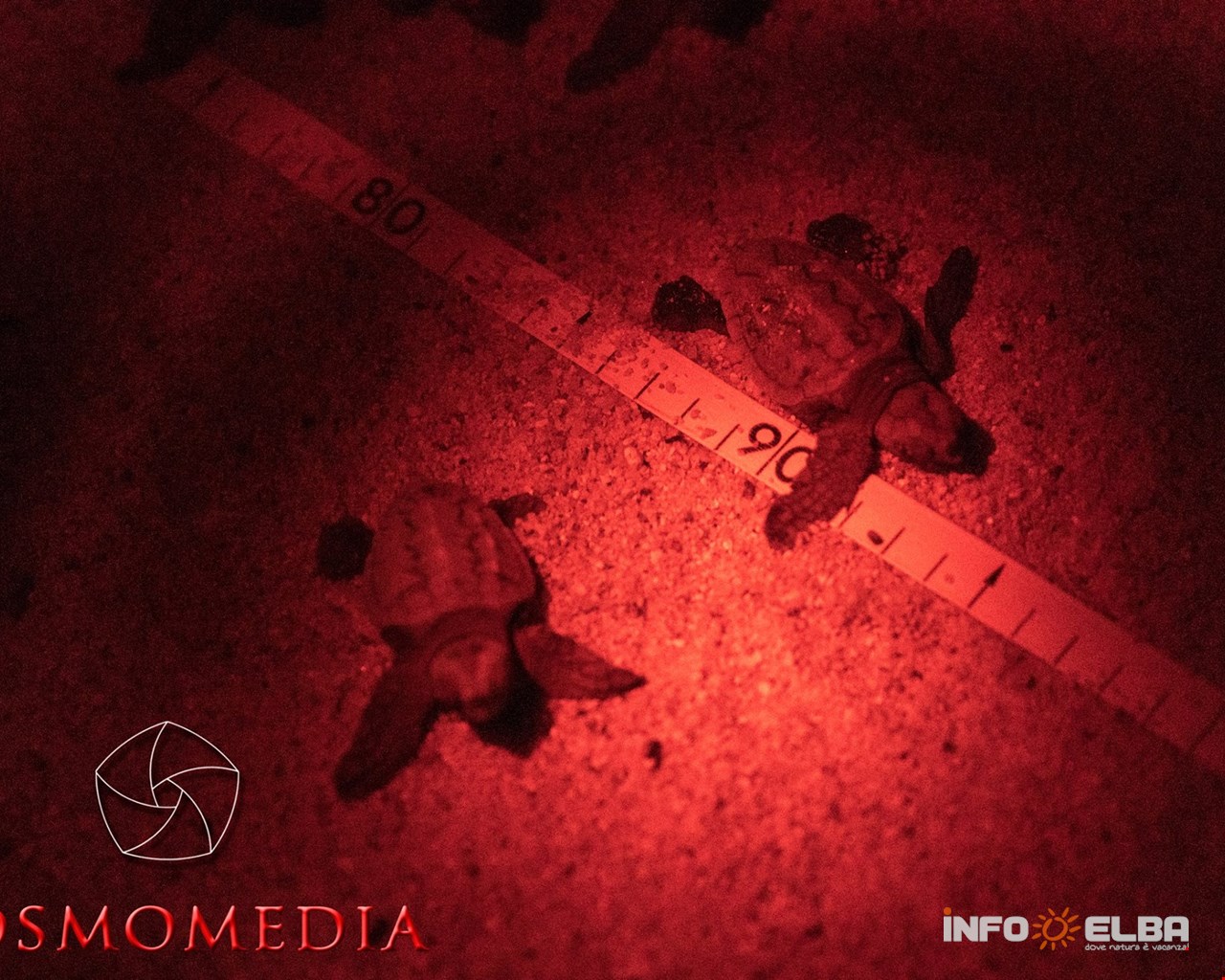 In the summer of 2017 the Island of Elba witnessed the fantastic adventure of a Caretta caretta turtle - then given the name of "Federica" - that chose to lay her eggs on the][page id="303",]beach in Marina di Campo[/page]. Under many aspects it was considered an extraordinary nesting.

From the day the nest was discovered, June 20th, it was kept under control and constantly watched over thanks to a Tuscan Archipelago National Park webcam as well as the help of several voluntary workers.

On August 12th the first few Caretta caretta baby turtles came to the light, and from that evening onwards one or two more tiny Caretta caretta each day came into the world every day.

On August 19th, with great satisfaction on behalf of all those involved the hard work reached a total of more than 100 eggs that had hatched: 97 + 4 on the last night, totalling 101 (although, hard to believe, on the day the nest was dug up the total number of hatched eggs was in actual fact 103!).

Sad to say 12 of the eggs in Federica's nest hadn't hatched and there was also one that even had a felly developed embrio inside so the total number of eggs laid was actually 116, what you could call a true record for a Caretta caretta nest in Italy in the summer of 2017 and an absolute record for Tuscany where, as far as we know, the previous two nests showed that a maximum of 70 eggs had been laid.

This nesting was incredible three times over: it was the very first nesting on the Island of Elba and also that in the most northern area in all the Mediterranean as well as the one with the greatest number of eggslaid!

Even in the summer of 2018, but this time on Straccoligno beach, another incredible nesting took place!