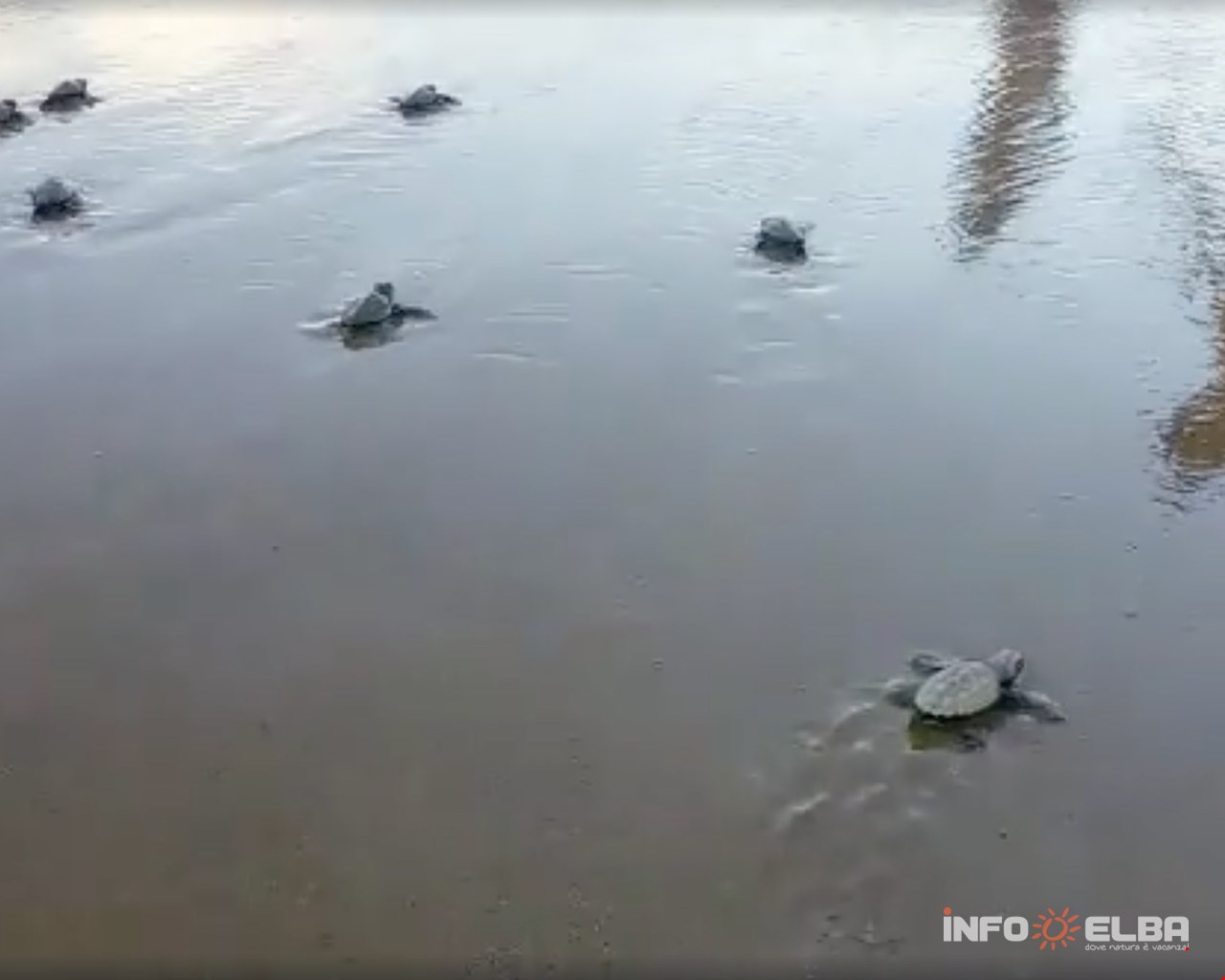 In the summer of 2018 Elba proved to be a real turtles' island. In August the island was once again home where a Caretta caretta turtle chose to make her nest; she was given the name "Genova" by the Legambiente volunteers in memory of the city where the Morandi bridge had collapsed only days before.

And this year too the nest was both an extraordinary event and a truly surprising one: the turtle made her nest in Straccoligno, a beach that would seem far from the perfect place to build a nest: it is very near the shore line and with traffic going past, and consists of stones and rocks and close-grained sand. Nobody expected to see the baby turtles because the nest was completely hidden.

For this reason the holiday makers on the beach on August 18th had a very pleasant surprise when the tiny army of baby turtles suddenly appeared and started heading towards the sea in broad daylight!

That same day the nest was placed under guard and watched over should any more baby turtles have appeared.

At approximately 7.00 p.m. another area that had been dug up was noticed but only a parasite wasp came out so this probably meant there were no more baby turtles. Towards midnight however one single, tiny turtle came out of the little pile of sand and made its way to the water

On August 22nd, before the experts of the Tuscan Observatory of Biodiversity and the Arpat (Regional Agency for Environmental Protection), those from the University of Siena, the Zooprophylacric Institute of Pisa and the Tartamare association, along with the Harbour Police and the Legambiente volunteers, the nest was dug up and the eggs were counted.

Mother Genova's nest revealed that 76 eggs had been laidand that out of these 67 had hatched meaning the baby turtles had then reached the water. There were also 5 dead turtles and 4 unhatched eggs inside the nest.