On holiday in Elba with your cat: advice and suggestions 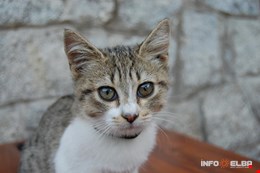 Many people think it is easier to go on holiday with a cat rather than a dog. This is often true, but not always.

Cats' behaviour and reactions are very different to those of a dog. Cats are independent animals, solitary, they tend to be night animals and don't usually like changes. In short, they are incurable creature of habit.

A dog, on the other hand, behaves and reacts according to the people closest to him, so a change in his surroundings has little if any effect on his normal behaviour. All he is interested in being with his owner.

While you're travelling the best thing is to keep your cat inside a cat box - closed tight - and cover it with a cloth, so that he will keep still. If you don't want him to be sick during the journey don't feed him before you set off.

Once in the car, make sure he gets plenty of fresh air and that he is in the shade

When you reach your destination, take the box, with the cat still inside, into the house, and put him in a quiet, cool room and wait. Put a dish with water and food on the floor, and his litter tray in a corner. Open the door of his cat box and leave the room.

We advise you not to let the cat go outside - he could easily get lost - at least not until he has gone round the entire house and "got to know it".

Another suggestion is that you let him go outside on an empty stomach only, because hunger is a guarantee he won't go far, and rest assured that the sound of a fork or his biscuits rattling in his dish will bring him running in like lightning.

Advice on behalf of Enpa, island of Elba

Vets and their availability