Once public wash-houses and now an interesting place to see, one of the most popular tourist attractions on the eastern side of the Island of Elba 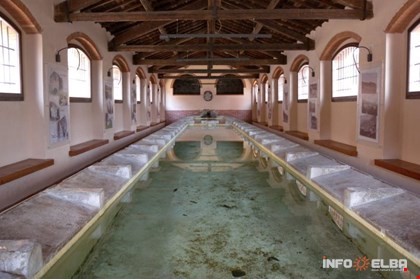 The public wash-house in Rio nell'Elba is on the eastern side of the town, near the Canali spring, that provides the water; the building, with beams on the ceiling and large windows, has however undergone some changes over the years; due to a rise in population, the original wash-house - once part of the building that today houses the water pumps - was made bigger by the Town Council in 1873. 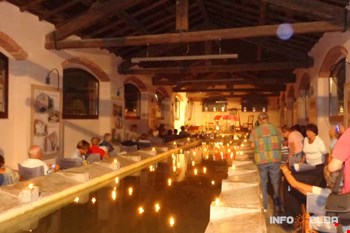 In 1911,The growing need to improve the distribution of drinking water as much as possible made them decide to have a new wash-house built, so, in order to stop the spring from getting dirty, eighteen self cleaning wash tubs, were built to replace the original, single one. The aim of all the work carried out on the public wash-house was to safeguard public health, so in 1917 "The land and building rules and regulations" as regards the pureness of the water laid down some conditions concerning the use of the wash-house.

All the tubs in the wash-house were separate from eachother until the 1960s, then brought down to two large ones, a lower one for washing and a higher one for rinsing. Now that the past sanitation problems had been solved, most of the women stopped using the wash-house. 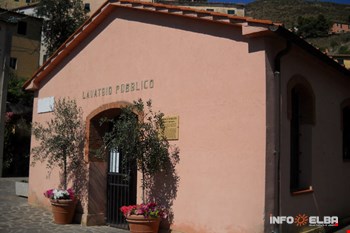 Over the years, the wash-house has often been more a meeting place for the women who came to do their washing and wanted a chat, or for the miners who needed a wash on their way home after a hard day's work.

The wash-house, commonly known today as the "Lavatoi" ("Wash-houses"), has recently been restored, not only is the entrance free to anyone who wishes to go in and see it, is also home to exhibitions, concerts and special events.