Where to go if it's too hot for the beach

Fortunately torrid heat is not normal on the Island of Elba; on the contrary, the sea breeze helps to maintain a mild temperature, thus making it a perfect place for holidays even for those who have small children. It must be said, however, that in August the temperature can sometimes reach 29-30°, and in this case, if you find spending a day on the beach too hot and tiring for you, we have prepared a list of places where you will be able to. 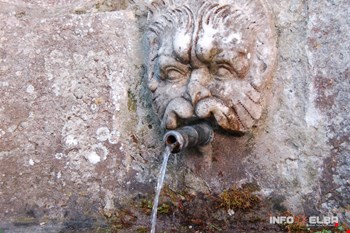 Without a doubt the coolest place on the Island of Elba is Monte Capanne that at 1019 metresabove sea level is the highest peak in the whole province of Livorno. Always take a sweatshirt with you if you go, but above all don't forget your camera: from the top you can see the whole Tuscan Archipelago, as well as Corsica and the Tuscan coastline.

Another place you can go if you want to avoid the heat is the Madonna del Monte Sanctuary, above the small town of Marciana. To be honest, Napoleon went there to the hermitage right next to the tiny church many times in August 1814; here, with his beloved Maria Walewska, he spent three days of absolute bliss.

Many paths for trekking start off at Madonna del Monte and go right across the western part of the island; although the first part is completely in the shade, this kind of walk is obviously to be avoided when it is very hot...in any case the short, first part will give you a good idea of the beauty of the Island of Elba's ever changing nature. 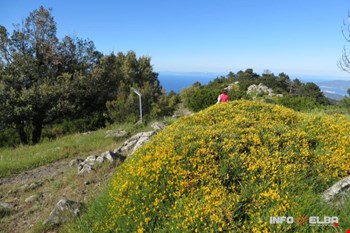 Monte Perone is also in the western part of the island, but on the opposite side of Madonna del Monte. If you go through Poggio and take the steep road for Marina di Campo, you can stop in the picnic area on your right: from there, just follow a shaded path that is also easy to walk along, called the "Butterfly Sanctuary",so called because the variety of surroundings and flowers attracts many different species of butterflies.

Another pleasant walk is along the path that leads to the Monserrato Spanish Sanctuary. It is not as high up as the other places we have suggested, but the tiny church is surrounded by rugged peaks, similar to those of the Dolomites, where you will probably see wild goats and moufflons.

If you prefer a journey across the history of the Island of Elba to nature you might want to go and visit one of the many museums on the island. In Portoferraio the Napoleonic museums are not to be missed, and on a sunny day you also have a breathtaking view of the gulf of Portoferraio.

Or the mineral and archaeology museums that are all over Elba might appeal to you and at the same time deepen your knowledge of the island.

If you are in Marina di Campo and you don't feel like spending all afternoon on the beach, especially when the sun is at its peak, why not go to the [page id="592"]Elba Aquarium[/structure].

Of all the major Mediterranean Sea aquariums this one has just about every species to be found in the waters around the island, so sea lovers have the chance of seeing a spectacular scene that they would probably never see in real life.