The UNESCO MaB (Man and the Biosphere) programme 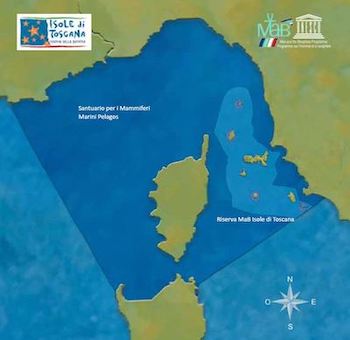 MaB (Man and the Biosphere) is a scientific programme created by UNESCO in 1971 in an attempt to encourage and promote a better balanced relationship between man and the environment, by protecting biodiversity and safeguarding sustainable development.

The main aim of the programme is to help people learn how to use and share the resources of biodiversity in a reasonable and sustainable way. This means teaching them how to care for natural resources in a correct way so that both man and the environment will benefit.

The Biosphere Reserves are part of the MaB Programme, and they cover both land and sea/coastal ecosystems or a combination of both. The Reserves promote scientific, cooperation activities, interdisciplinary research and environmental sustainability while envolving those from the particular area concerned; they are given "good, clear examples" of what a sustainable development really means and what interaction between social and ecological systems really are.

Reserve of the UNESCO MaB Biosphere for the Tuscan Islands

The UNESCO MaB Reserve for the Tuscan Islands, established in 2003, consists of the seven islands of the Tuscan Archipelago  (Gorgona, Capraia, Elba, Pianosa, Montecristo, Giglio and Giannutri) as well as several small islands between the Tuscan coast and Corsica.

All these environments are different from a geological, geomorphological and biological point of view, typical of the Mediterranean area (that in 1996 gave birth to the Tuscan Archipelago National Park aimed at protecting the many rare and endemic species of flora and fauna on the islands).

As regards the flora, the major types of habitats are evergreen, sclerophyll forests , Mediterranean pines and bush, and forests of chestnut trees and deciduous trees. As regards the fauna, some of the rare and endemic species are the peregrine falcon, the Mediterranean bat shaped like a horse shoe, and the red-rumped swallow, all of which are endangered species.

There are approximately 30 prehistoric sites on the islands, as well as various Etrurian sites; some are linked to the mining activity while others to the remains of Roman villas (Portoferraio, Procchio, the port in Giglio and Pianosa).

Most of the over 30.000 residents living on the reserve are employed in the field of work of summer tourism, so at the moment there are severeal projects underway with several goals in mind: finding new types of energy in the agricultural field, controlling the quality of the sea water, and last but not least trying to increase the number of rare species of fauna.

Three of the islands Capraia, Gorgona and Pianosa became prison islands in the 19th century, but in later years the prison in Capraia and that in Pianosa were closed down. The fact that since they had once been prison islands meant that access was and still is very limited and restricted, to the point that since man was never able to modify the territory, both the land and sea environments have been conserved in a perfect way so today are practically pristine.