Joanna Scott, American writer and winner of the Pulitzer Prize, was so fascinated by Elba and its tourmaline that one of her books, written in 2002, is set there 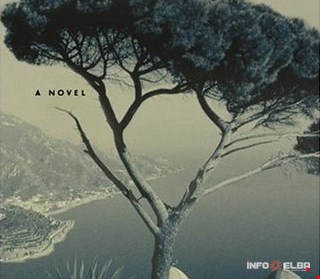 Tourmaline: one of the Island of Elba's most precious gems, is the title of an American novel.

The writer Joanna Scott, English lecturer at Rochester University, sets on the Island of Elba the story of Murray Murdoch, an American who decides to spend some time on the Island of Elba in 1956 with his wife and their four children. Murray’s dream is to business concerning the minerals of the island that truly fascinate him. He arrives at the island, rents a villa and in an attempt to gain the trust of the locals, he hires some workers. Suddenly, a mysterious woman appears on the scene, Adriana Nardi, with whom he falls in love but who, sad to say, doesn't return this love. The following day the woman mysteriously disappears. The entire story evolves around the woman's strange disappearance, the search for her, the suspects, and needless to say the consequences of all this.

Murdoch’s youngest son Oliver is the first person narrator of the story, and years later, as an adult, he returns to the island several times in an attempt to find an answer to the many questions concerning his father, who by now, is longer alive.

The writer describes many places on the Island of Elba in such detail that it is almost as if she has actually been there. The story starts with a typical, every day life scene in Portoferraio, between Piazza della Repubblica and the Liceo Foresi. As the story goes on, we find ourselves in Marciana, San Piero, Monte Giove, Rio nell’Elba, La Pila, Le Foci, Campo nell’Elba...

The title itself, “Tourmaline” is very suggestive, because the entire story evolves round this somewhat intriguing tourmaline as if it were some sort of “philosophical stone” that must be found. At one point the protagonist says:

There are descriptions of the island like the based on some of the experiences Napoleon actually had while on the Island of Elba; chapter IV is entitled “following where you can easily imagine its beauty:

”The moonlight over Elba is whiter than anywhere else, and the sea breeze is more salty. The steatite (soapstone) is as light as goose down…”

In the numerous descriptions of both places on the island and of its history, there is always clear reference to Napoleon, the Etruscans, the mines, and the minerals in Elba.

The novel is very suggestive, so much so that in some chapters are "Undaunted", the boat that brought Napoleon to Elba, while chapter VI is entitled "Inconstant", the boat he left Elba on.

The book has also received numerous positive reviews in America: in the New York Times and in The New Yorker.

The sad news is that as yet the book still hasn’t been translated into Italian.

The authoress has also written a second book about the Island of Elba, "Liberation", that begins with the somewhat mysterious Adriana Nardi. But that’s another story.