Itineraries suitable for training on your bike 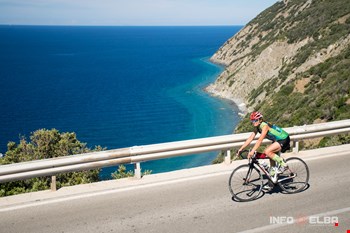 Cycling requires a lot of energy, so it is fundamental that those who do it on a professional level, as well as having a true passion for this sport, need to be very fit, because they will have to cover a great number of kilometres. Since both the nature and the old roads on the Island of Elba offer an endless choice of routes at every level of difficulty, they are perfect for any type of training: fascinating single-treks, difficult uphill and downhill roads where world champions have trained.

This is why over the years Elba has become the base forbikers of international levelwho have chosen the island for their training, and why important races like the 1993 Tour of Italy and the Mountain Bike World Championship in 1994 have been held here,

For example, the Fausto Coppi Championship, the Italian representative of Italian cycling in the world, used to love coming to Elba on holiday and to do his training, so much so that the Fountain where he always stopped to fill his water bottle has been named after him.

Andy Hampsten, protagonist of the Tour of Italy in the 1980s and then winner in 1988, was another cyclist who loved the Island of Elba, to the point that even since he has retired he has continued to maintain his passsion for cycling. He once said "In order to appreciate all the spectacular, most hidden corners of the Island to the full, the best way is to go round it by bike; if you look upon your bike as nothing more than an instrument of exertion, it will stop you from relishing the infinite beauty of the territory you have just discovered".

We suggest the following list of itineraries suitable for training.

Hotels for bikepackersInformation and facilities