The western side and the Costa del Sole

If you really want to understand what makes Elba's heart beat, a tour round the western side and along the Costa del Sole where Marciana and Marciana Marina are, is a must. All the better if a north wind is blowing, becuase the beauty of these towns and the entire granite promontory will leave you speechless.

If you look up the part what to do if...you want to go round the western ring road, you will find many useful suggestions on how to organize this tour. 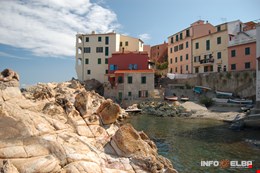 Coming from Portoferraio, in about 25 minutes we get to Marciana Marina, a typical sea town with a red pebble beach. Park your car and go for a lovely walk along the sea front, as far as the oldest area of the town, Cotone, where tiny colourful houses look on to a tiny port where rowing boats and fishing nets lie ready for the day's fishing.

Set off again, but before you actually get to Marciana Alta, stop at the foot of Monte Capanne and go for a ride on the chairlift that takes you right up to the top of the highest mountain in the province of Livorno. 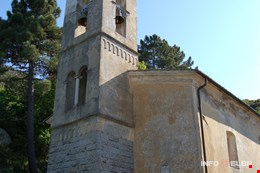 Once you have come back down, at 300 metres above sea level, get back into your car and you'll soon be at Marciana, a beautiful Medieval town on the slopes of Monte Capanne. The view from here is breathtaking, and you can also visit some sites of naturalistic, historical and cultural interest, like the Park Offices, the Pisan Fortress and the Archaeology Museum; a twenty minute walk will take you to the beautiful Madonna del Monte Sanctuary.

Now go back to your discovery tour of the island and cut the famous "western ring" in half, going back the way you came towards Poggio; here, follow a narrow, steep road that goes over Monte Perone and takes you down to Marina di Campo. An enchanting panorama unfolds before your very eyes: the hillside villages of San Piero and Sant'Ilario and the sandy coastline of the town of Marina di Campo with its beautiful sandy beach in front of you. 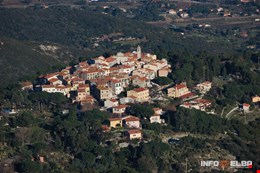 As well as the Islands of Corsica, Pianosa, Montecristo and Giglio on the horizon, as they stand out, some shy, some bold, from the sea.

When you get to the Sant'Ilario-San Piero-junction, turn left for a quick stop in the village of Giuseppe Pietri, the great musician, then go back and head for San Piero, the granite village.

Now head for Cavoli-Seccheto, and keep going until you get to Fetovaia, one of Elba's most beautiful beaches, and go for a well deserved swim in what could easily be the Caribbean. 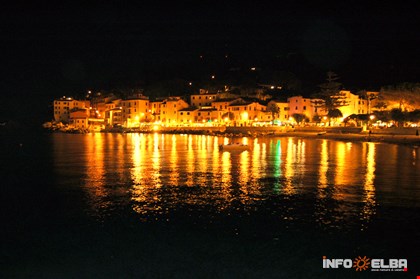 What better a way to end your day than to go round the western ring road at sunset, but this time in the opposite direction from the way you came and stop at towns like Pomonte and Chiessi, so that your final stop will be back in Marciana Marina where dinner by candle light in one of the most famous restaurants on the Island of Elba awaits you.